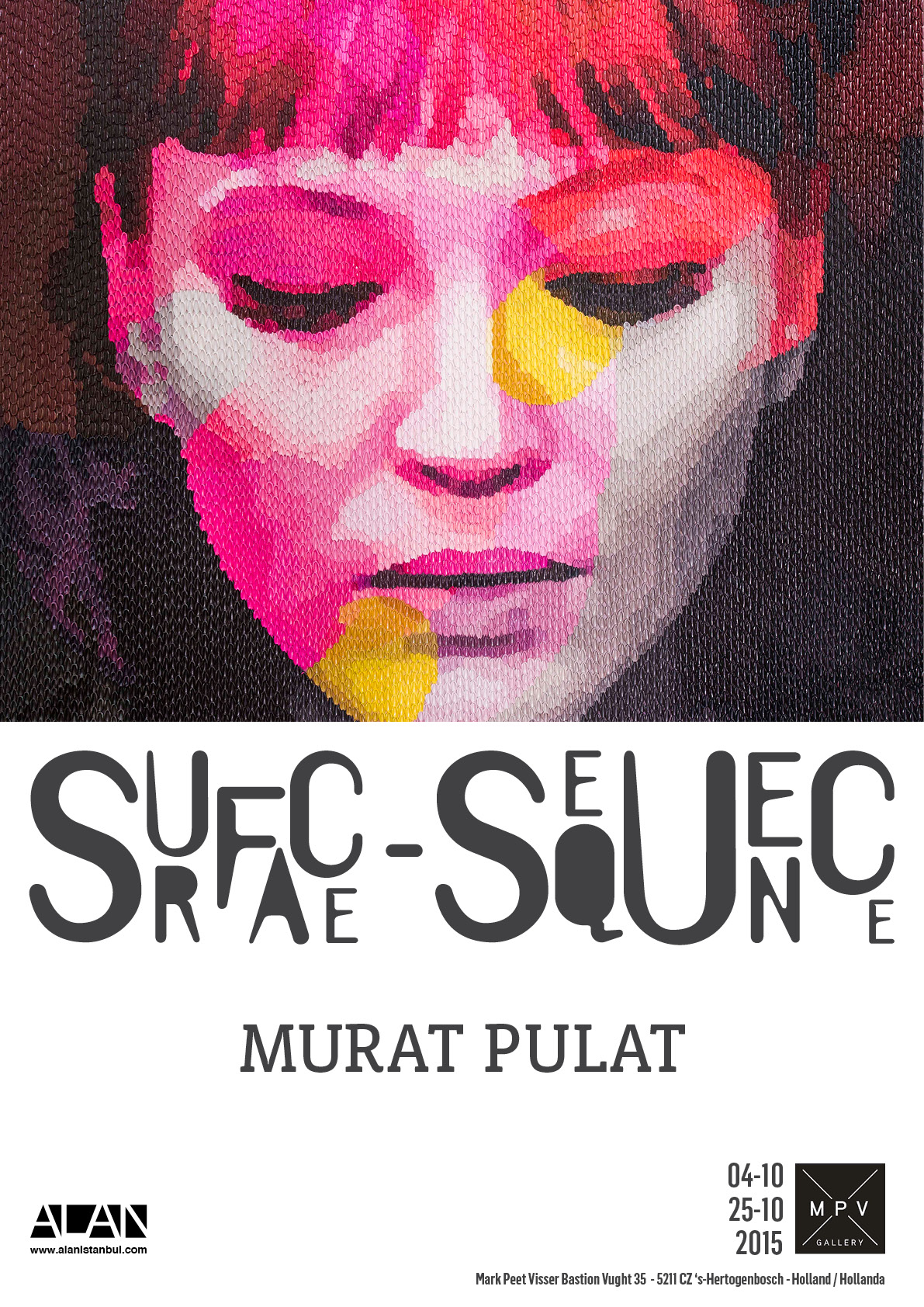 Murat Pulat, one of the most sought after contemporary artists in Turkey in recent years, opens his first solo show in Continental Europe in the Netherlands on 4th October 2015.

Pulat has captured the attention of collectors worldwide especially with the inclusion of his works at international auctions between the years 2011-2014. In this period he was one –and maybe the first– of the most sought after young artists in Turkey. The great interest shown in his works at the Contemporary Istanbul in 2011, 2012, 2013 and 2014 has largely increased his renown in Turkey. These accomplishments further boosted the visibility of the artist, who was already being followed by art galleries and institutions worldwide. Pulat’s solo show in New York opened in January 2014 was a big success, resulting in his works entering important private collections in the USA.

Murat Pulat is especially interested in movie sequences by new wave overture directors. By reproducing these scenes on the canvas, he incorporates the images into life. As he combines cinema, the art of the new age, with traditional materials such as canvas and oil paint, he saves viewers from being imprisoned in new technologies of visualization.

Surface-Sequence is a large-scale show comprising Murat Pulat’s most recent works. In this series, the artist boldly makes use of multi-layered color areas. Each work is at the same time calm, passionate and vivid. As sequences from movies move into a new context of aesthetics, a new category of art emerges.

Held at Mark Peet Visser Gallery, which is one of the significant contemporary art institutions in the Netherlands, in cooperation with ALAN Istanbul, the show can be visited between the dates October 4th – October 25th, 2015.

ALAN Istanbul is happy to announce the contemporary art show “HIDDEN” which can be seen during the summer at OVERTHOSE.

This is the first gallery show in Turkey that utilizes both interior and outdoor space. The 300-square-meter backyard of OVERTHOSE Nişantaşı hosts the works of young generation contemporary artists. Starting with 3-dimensional works in interior space, the show then takes viewers outside. With its natural landscape and vegetation, the garden hosts a wide range of works – and each artist relates to the space according to his/her own artistic perspective.

“HIDDEN” is a large-scale project exhibition that brings together the works of 8 prominent young-generation artists who create 3-dimensional works. This special show aims to offer an unusual experience for viewers by combining two completely different fields through art works. Beginning at OVERTHOSE which is located on a busy

street in the central district of Nişantaşı, the show then surprisingly leads viewers to natural space, and this opens the way for a unique kind of perception. The act of passing from man-made cartesian spaces onto organic soft ground gives the impression of a large installation made up of contemporary art works.

The artists in this show (some of whom live in Istanbul and some live abroad) all have different formal attitudes. The works of these artists interact with each other and establish a dialogue, albeit a limited one. On the other hand, each work positioned in the backyard awaits to be perceived and understood by itself. 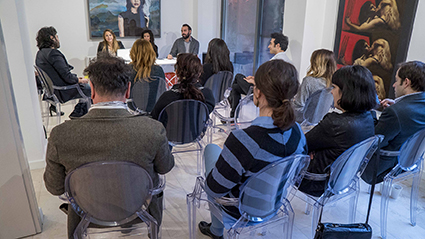 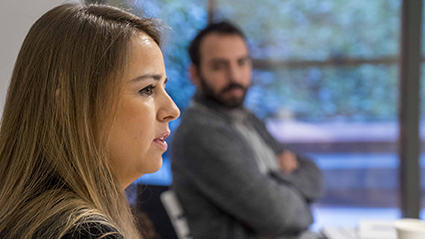 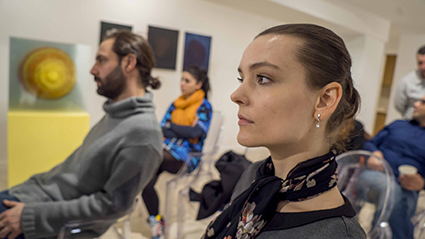 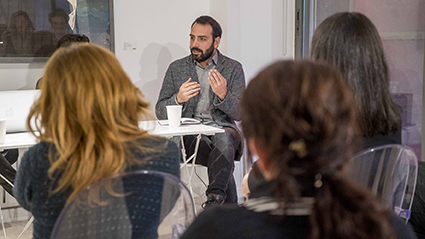 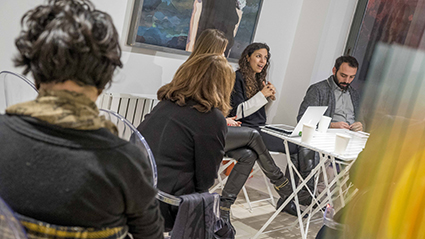 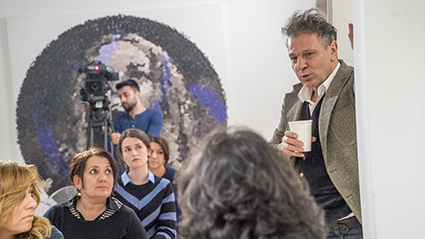 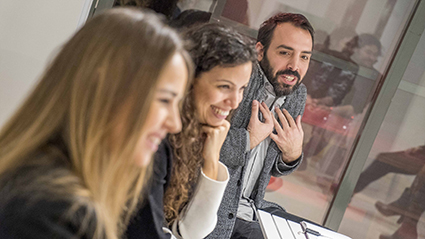 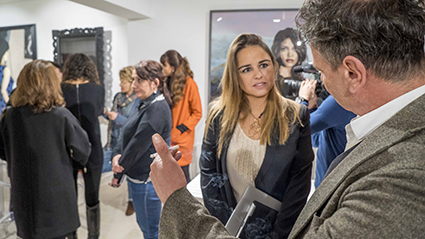 “Intentional Overdose” brings together Istanbul-based, internationally-renowned contemporary artists, who are gradually coming into prominence in the World Contemporary Art scene.

Featuring artists who create visually-moving works with powerful imagination, “Intentional Overdose” aims a visual integrity with regard to contemporary aesthetics, instead of focusing on the individual statements of each artist.

Then, what does “Intentional Overdose” exactly mean?

The common characteristic of the prominent two dimensional works in contemporary art is that, in these works the image is released from the limitations of two dimensions and acquires a three dimensional quality by means of colors, texture or technique. This is an approach that prioritizes space, that frees itself of its boundaries by making space a part of the work. Thus, this kind of works deserve to be addressed with their overdosed interventions to the surrounding space, instead of being evaluated on their own. “Intentional Overdose” focuses on the potential effects on viewers when works take on the space as if in a show of strength. It’s the experience of how the works of contemporary artists communicate with one another within the space of OVERTHOSE. “Intentional Overdose” is the sum of the loud and high-voltage images contained within. 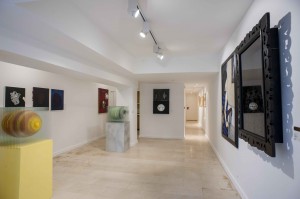 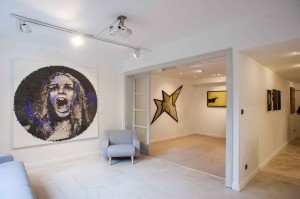 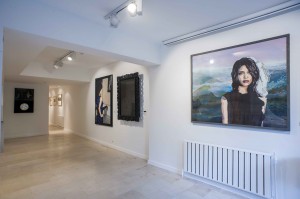 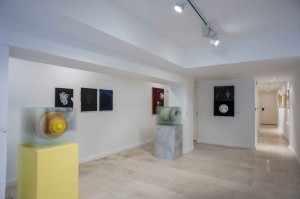 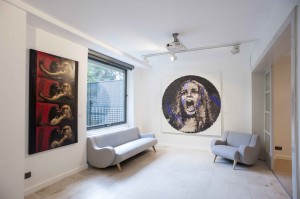 Murat Pulat, one of the Turkish artists to have attracted a lot of attention over the past years, opens his first New York solo exhibition in Leila Heller Gallery in January 2014.

Following the inclusion of his works in international auctions between the years 2011 – 2013, Murat Pulat became a focus of attention for collectors worldwide. Meanwhile he had come to be one of the most sought-after young artists in Turkey, maybe the most. And when his works drew heavy interest from art-lovers at Contemporary İstanbul in 2011, 2012 and 2013, his fame has further spread. These accomplishments helped the artist earn more followers, though he was already watched by many art galleries and institutions around the world.

Murat Pulat has a special interest in movie scenes by new-wave/overture directors. By reproducing these images on canvas, he helps the scenes become a part of our lives as visual elements. He combines cinema – the art of the new era – and traditional media such as oil paint and canvas on an intermediate surface, thus saving his viewers from the imprisonment of the new technologies of visualization.

Image-Animal is a large-scale show comprising Murat Pulat’s latest works. In this series, the artist has also included moving-imagery in his paintings. The image is no more still, it is rather perceived as a slice of time taken from a movement that is infinite, thus effectively increasing the “duration” of each painting. Image-Animal can be seen at the main gallery-room of Leila Heller Gallery in Chelsea, New York between January 16, 2014 and February 15, 2014. 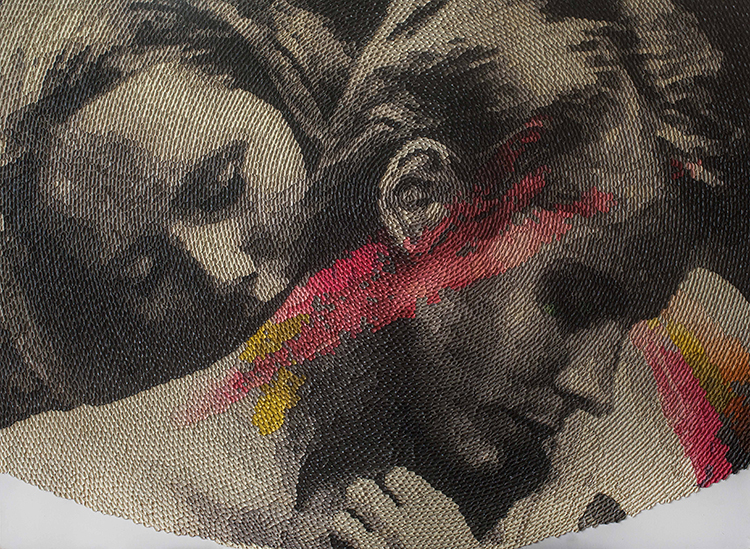 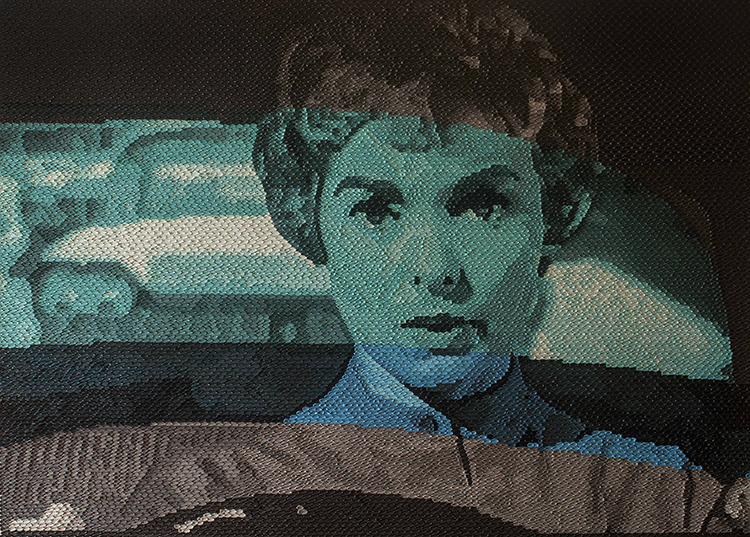 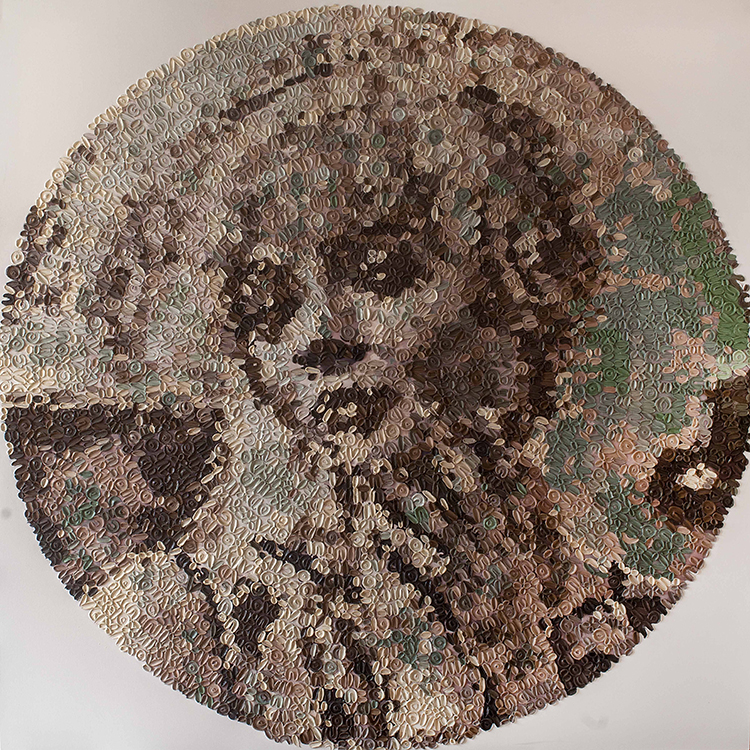